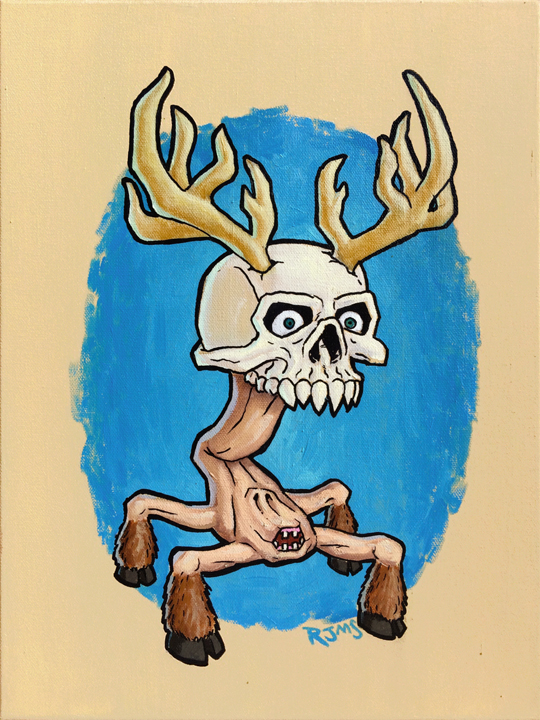 It’s been a busy year so far and it keeps getting busier.  Here’s a quick rundown of the latest additions to justinsmithart.com. 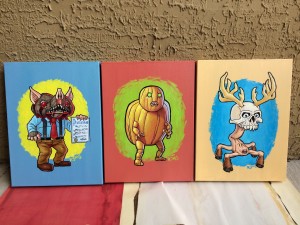 These were done in something of a hurry for a recent exhibition called Bonac Tonic Rises, a reunion/farewell show for my cohorts in the Bonac Tonic Art Collective.  Unfortunately, I couldn’t be there in person, but at least these three paintings could. 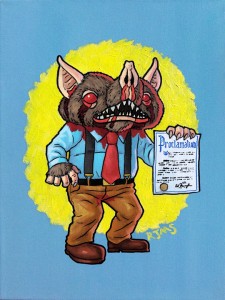 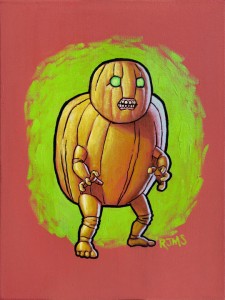 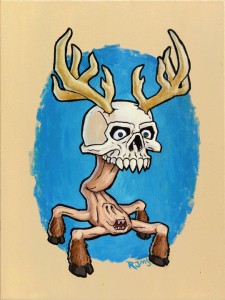 I might add more in this style and shape before repainting them in a much larger size in the future, but for now, I consider these a triptych with the group title, “Everyday Monsters.”  Individually, they are (l to r) “Hey, Guys!  Look What I — Oh Christ, It’s Happening Again!”, “Come On!  I’ve Been Holding It In For An Hour!”, and “Thanks!  I Just Got It Cleaned Yesterday!”  As usual, I want the image and the title to imply a narrative, leaving all of you to fill in the rest of the story with your own imaginations.  If anyone would like a step-by-step rundown of how I created these, feel free to drop me a line.  If there’s enough interest, I’ll post that in the future.

As with almost every Bonac Tonic show, I also illustrated the invitation, seen below and in the Digital section. 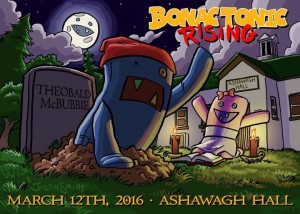 Speaking of illustrations, I was also recently asked by Henry Upton, bassist for the Maryland/DC-based hard rock band Lionize about creating a poster for their upcoming European tour.  Time was of the essence, so it’s a good thing the band were clear about what they wanted.  Mr. Upton even sent me a sketch, as seen below. 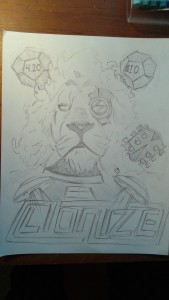 The band wanted something more painterly and less cartoony than my usual work (No black outlines), so I came up with this: 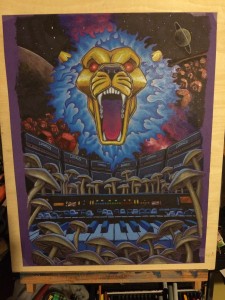 Blue flame mane on the lion was my idea, as was turning the 12-sided dice into the ring around the planet and the Lionize brand amps.  The band requested the addition of a Hammond organ.  As you may be able to tell, this was a combination of marker and colored pencil on tinted paper.  Once that was complete, I scanned it into Photoshop and tweaked it, resulting in this: 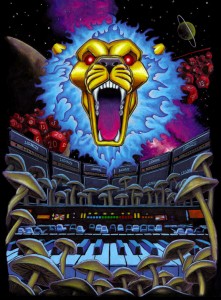 And here’s how it looks formatted into the final poster design by the band’s own graphics team: 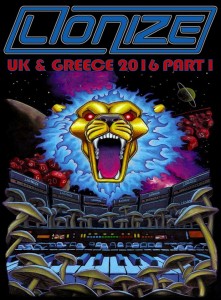 Okay, so I misjudged the proportions they needed by just a bit, but it still turned out pretty damn groovy, much like Lionize’s own music.  They’ve got a new record coming out on May 13th called The Voyage.  Go to lionizemusic.com to hear some samples and order your copy of their most recent EP called ALPHA.

The last thing I can share with you tonight is another piece of fan art I did related to one of my favorite podcasts, Tales From The Tavern.  Previously, I had brought frequent guest storyteller Tim Jennings’ creation Ice Bitch to life.  This time, I have chosen to pay tribute to series creator and host Dom Moschitti’s flagship character, Throm. 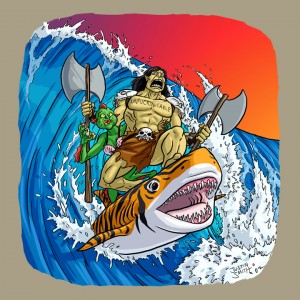 As much as I would love to describe the scene here, you’re better off listening to episode 14 of the show to get the lowdown.  While you’re at it, you might as well listen to every episode of Tales From The Tavern and its predecessor, Fantasy Fiction, so you don’t miss out on any of the laughs.

The other two projects I’m working on that I can’t show you right now are Spyüngo! #5, which I plan to have done by the fifth anniversary of #4, and an independent web cartoon I’m making with a local production house and a nationally known comic, who shall remain nameless until it’s time to make the real announcement.  Stay tuned for that.  Until then, stay awesome.

Portrait Commissions For The Holidays!